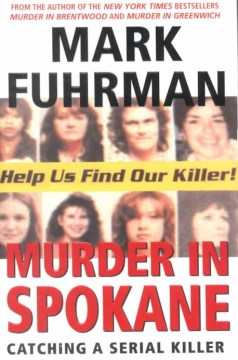 Baker & Taylor
The author journeys to the American Northwest to describe the brutal murders of Spokane prostitutes in a case that took a bizarre turn when the serial killer began playing with police investigators.

A gripping investigation of a serial killer's spree by the author of the New York Times bestsellers Murder in Brentwood and Murder in Greenwich.

On August 26, 1997, the bodies of Jennifer Joseph and Heather Hernandez were found dumped in separate places in Spokane, Washington. In the following months, another eight bodies were discovered, all of them those of drug addicts and prostitutes who had worked Spokane's red-light district.

The police wouldn't even use the term "serial killer." The local media and town leaders also stayed quiet. As long as the victims came from the wrong side of town, "respectable" Spokane didn't seem too worried that a brutal psychopath was in their midst and that as many as eighteen women were dead by his hand.

A brilliant investigator, Fuhrman helped authorities bring charges against a well-connected suspect when his bestselling book Murder in Greenwich spawned a Connecticut grand jury investigation of the 1975 murder of Martha Moxley. After moving to Idaho, he began appearing as a guest host on a Spokane radio talk show and quickly found himself at the center of another high-profile murder case.

Written in the same fast-paced style as Murder in Brentwood and Murder in Greenwich, this is a shocking account of Fuhrman's investigation of the prostitutes' deaths as he worked alongside the Spokane Task Force.

The serial killer preyed on prostitutes with drug problems. He intentionally selected street people, who would not be missed right away, often women who were new to town. The police seemingly put these murders on the back burner because the victims did not stir up public sentiment. Only after the serial killer began to play with the police -- planting bodies for attention and escalating the murders -- did intense effort go into the case.

Though the understaffed police force did catch the killer, Fuhrman shows that their reliance on computers and on DNA test results from everyone they interviewed was slower than doing old-fashioned gumshoe detective work. With the clues they had, Fuhrman writes, the police could have made the arrest two years earlier -- saving the lives of at least nine women.

With the expertise of a seasoned investigator and an exceptional writer, Fuhrman takes you inside the mind of a detective pursuing the most dangerous criminal on the streetsa serial killer.

Baker
& Taylor
The author of Murder in Brentwood and Murder in Greenwich journeys to the American Northwest to describe the brutal murders of Spokane prostitutes in a case that took a bizarre turn when the serial killer ups the ante by playing with police investigators. 100,000 first printing.